Tonight on CTV Sports we take a look at the last home game for mens basketball. We then take a look at our fan of week, a Track and Field athlete, updates on pro sports, weather, and on the popular segment in case you missed it, we look at some crazy sports video.

Check out CTV Sports at ctv11.collegian.com to get updates on the Mountain West Tournament in Las Vegas.

Tonight on CTV sports we take a look at the men’s basketball, Ryan Greene and Ryan Hillman both run 40 yard dashes in their suites.Â  We then take a look at the 7 day forecast and on the segment “in case you missed it” we look at some awesome sports video from this past week.

Tonight on CTV Sports we take a in depth look at the CSU mens basketball team.Â  We also talk about CSU mens baseball, club hockey , the 7 day weather forecast, and some crazy sports video from this last week on the segment “in case you missed it”. 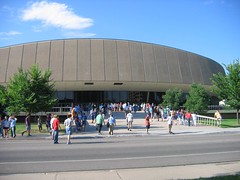 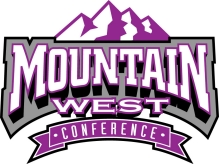 The Colorado State Men’s basketball team has officially been ranked as the No. 24 team in the nation by the AP and Coach’s Poll

The last time the rams received a national ranking came all the way back in 1954.

The ranking follows the Rams tough win at Nevada, winning by just 4 points.

To go along with their No. 24 ranking, the Rams basketball team also has the 15th best RPI in the nation, and as of today, the Rams are the No. 1 rebounding team in the nation, averaging 42.4 rebounds per game.

Now that the Rams are ranked, the matchup Wednesday against the San Diego State Aztecs, has become much more interesting. The Aztecs are ranked as well, two spots above the Rams at No. 22.

This means that this Wednesday will be the first game in Moby’s history to feature two ranked teams playing each other.

The game Wednesday is an Orange Out as well, and tickets are expected to sell out soon.

The game starts at 8PM MT this Wednesday.

That’s exactly what the CSU Rams did against the Wyoming Cowboys tonight at Moby Arena in the annual Border War game.

The Rams had just come off what Coach Eustachy called, “The best game we’ve played all year” against Boise State on Wednesday.

The Rams did what they do best against the Cowboys, rebound. Rams managed to grab 42 rebounds to Wyoming’s 28.

But it was what the Rams managed to do on defense that propelled them to a 19 point win. Wyoming only managed to shoot 29% from the field.

“It starts with all five guys on the court,” said Rams guard, Dorian Green.

Not to mention the Rams played at Moby as well, where they haven’t lost since 2011. The University of Kansas Jayhawks lost their home game to Oklahoma State today, giving the Rams a now third best home winning streak in the nation.

Five Rams ended the game in double figures. Pierce Hornung finished the game with a double-double, the Rams are now 9-1 when that happens.

The Rams also got a huge contribution from Daniel Bejarano at the end of the half, hitting two three-pointers in the final minute of the first half, giving the Rams a momentum boost and lead they kept in the second half.

“We have a huge upside that we’re going to keep moving towards,” Coach Eustachy said about the team’s performance.

The Ram’s next opportunity to move forward will be in Reno, Nevada, when they take on the Wolfpack, Wednesday, February 6th.