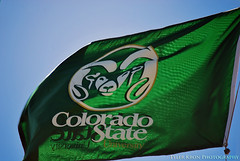 Brennan Zelener founded Newaya Recycling two years ago and in 2011 alone, he raked in a total of $30,000 in revenue.

This year, he is hoping to see his company’s annual revenue surpass $50,000.

He purchases old smartphones from local Fort Collins residents and businesses, wipes any data off the phones, and sells the phones internationally for a 30% profit.

Zelener is hoping to graduate from CSU in the spring of 2013.