A large and often overlooked issue across our nation is obesity. An event here on campus last week , held by a local student, highlighted this issue and how we can make a difference. With obesity rates on the rise, it is important we are aware of this national problem. An event, the Weight of the Nation, held in the Lory Student Center last Thursday explored this topic.

A room of 100 people viewed the HBO film, The Weight of the Nation, that focused n the intensity of obesity in our country. The film was followed by an intriguing question and answer session. The event highlights how we as students here at CSU could help. It provided tips on how to live a healthy lifestyle. It focused on the importance of eating healthy, exercising, and walking places instead of driving.

The 1oo participants ended the night signing a pledge to live healthier, and to spread the word on campus how to get involved. With 1/3 of adults in America being considered obese, this event was important in bringing awareness to our campus. If you are interested in viewing the films, learning more or seeing what actions you can take against obesity, go to The Wight of the Nation website atÂ http://theweightofthenation.hbo.com. For CTV News, I’m Makenzie O’Keefe. 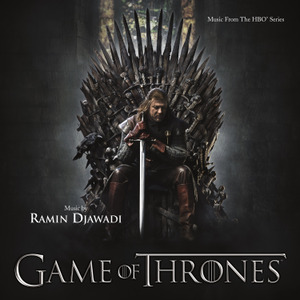 This might seem an odd place to review a series, three books in with five published and the sixth on the way, but I raced through 2400 pages in three and a half weeks and now I’m hesitant to pick up the fourth book. The aforementioned 2400 pages are some of the most engaging and wholly excellent I’ve ever read. But Martin, the author, has a serious problem, he loves telling this story too much to want it to end.

It couldn’t have been more than a hundred pages into Game of Thrones, the first book in the series, before I knew I would be eager for every word. Martin’s greatest strength lies in the way he tells the story, each chapter from a different character’s point of view. What this does is create multiple protagonists, each of them we know and find ourselves supporting, even when their goals conflict.

The conflict of the story encompasses the entire world and more often than not the in the end of each book the world is pretty consistently screwed, even more-so at the end of A Storm of Swords. With the death of a what few leaders there are, the conflict steps back a few thousand pages to the same point it is at the end of the first book, minus any coherent solution for at least a few books.

I say for a few books because as it stands the characters that the end of the story surely rests on aren’t ready to play their part in the grand scheme of things. They’re by and large children who are excellently developed as characters. But their presence being so central to the telling of the story makes the larger plot seem like we’re just killing time until they’re ready to concern themselves with the welfare of the world at large.

There’s a problem that stems from telling a story about a whole world: something has to get resolved. In a story such as this, where the conflict can go on for tens of thousands of pages characters have to grow and change, which few have done. There’s nothing more exhausting than a story with lovable and relatable characters that after 2400 pages hasn’t evolved.

In the end there’s nothing about the way the books are written or the characters constructed I don’t love. I could not get enough while reading these books and in the end will almost certainly finish the series, but it begs for some heavy revision.