As a graduating senior, Iâ€™ve been applying for a plethora of jobs lately. This generally requires sending someone a cover letter, resume and writing clips. Sadly I know that the investigation process probably doesnâ€™t end there.

According to a 2012 survey by CareerBuilder, 37 percent of companies investigate potential employees using social media. More than 65 percent of these companies will look through Facebook profiles, which is why I think the new app, Facewash, is going to be a great resource for anyone trying to find employment.

Facewash is an app created by Camden Fullmer, Daniel Gur and David Steinberg. The idea of the app is to get rid of anyÂ content on your profile that you might not want a future employer to see. It is possible to simply clean out a profile manually by going through your timeline and deleting inappropriate statuses and photos, but Facewash handles this process for you. 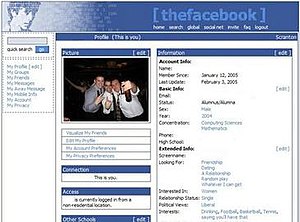 Yahoo! Finance explained in an article about the new app that Facewash flags swear words and sexual and racist language that appears in statuses, comments, likes, and links on your page. Currently the app will only flag a photo as inappropriate if the tags or comments for the photo imply it as such. For example, if there is a photo of you chugging beer at a party and the caption says â€œgetting wasted on a Tuesdayâ€, then Facewash will flag it. However, if there are not comments, a photo like this wonâ€™t get flagged. Never fear though, because Facewash is stilling under development and soon will be able to flag photos with red cups and beer bottles.

Using Facewash can help your profile to be ready for employer approval. Currently the app is free to use, so why not try it? In general Iâ€™ve tried to keep my Facebook very professional during my college years, but sometimes things slip in. Facewash is like hiring a little assistant to clean up your mistakes.