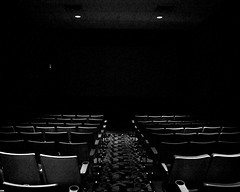 The movie theater industry is getting an upgrade, putting a strain on small local theaters.

Lyric Cinema Cafe epitomizes the idea of a small business. Less of a cinema and more of a large living room, the Lyric’s two theaters boast smaller screens, a less explosive sound system and less-than-traditional movie seating. Overall, the Lyric isn’t in competition with the 16-screen corporate theaters, but is in its own element.

So when this spring a courtesy call to the Lyric from Magnolia Studios revealed that they would no longer be distributing 35 milometer movie prints but only digital prints, the Lyric was facing what seemed an insurmountable expense: upgrading to digital projectors. Early estimates put a price tag of $150 thousand on the necessary upgrades and their installation. Something had to be done.

That’s when Michael Putlack, the Lyric’s â€œsocial media guruâ€ decided to turn to the community. Using Kickstarter.com, a website designed to allow people to fund projects easily, Putlack planned to raise any money he could to keep the Lyric in business. 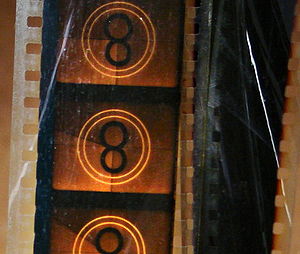 â€œIt was a Hail Mary â€” none of us thought it would work,” Putlack said. “Maybe we’d get a little [money] to help, but when it was over we would still have time to figure out something else that could actually raise the rest of what we needed.â€

The Kickstarter began on July 6, and from day one was being backed by at least 25 new people everyday, with no less than $1,587 added everyday. The average pledge amount was $68, and by Aug. 6, the Lyric had its $150 thousand.

Putlack was at a performance of Hairspray when the news came through to him that the fundraiser had reached its goal. When he raced to the Lyric to share the news, he was greeted by the rest of the staff as a hero, with champagne waiting.

The support the Lyric received wasn’t only financial, with Next Media Group bolstering awareness with free billboard space and Go West T-Shirt Company providing the t-shirts as a reward for backers.

The Lyric is able to upgrade its projectors early next year due to the financial support shown by the Fort Collins community.

“We just want to thank everyone who contributed,” Putlack said. “We might not have made it without them.”